Do you get to buy the stuff that you would like to buy cheaper in an auction or in a discount sale?


Buying near the peak of the bull market is typically like buying in an auction, where the bidder who bids the highest price gets to own the shares that he or she bids! Conversely, buying near the bottom of the bear market would be like buying in a discount sale, in which one could get shares at a steep discount to its actual value.

In the bull market peak, while the market is going up most of the investors believe that it would continue to go up forever and are keen to participate in the expected gains. As more number of investors enter the market and the demand is much more than the supply of the shares, the market would witness an auction like scenario where the investors who quote higher prices get to buy shares in the market.

The ‘bigger fool theory’ is usually prevalent at the peak of the bull market. According to this theory, the
investors continue to buy stocks at higher prices with an assumption that they will be able to sell it later to "a bigger fool”; to be precise, buying something not because you believe that it is worth the price, but rather because you might be able to sell it to someone else for an even better price. At this stage, most of the investors get into the market with an expectation of immediate gains i.e. they expect to re-auction at higher prices at the earliest!!! While, most of the early entrants into the market do gain from the bull market, the late entrants typically tend to be stuck up with high priced stock whenever the tide turns. Most of the stocks bought at the peak, would be worth a lot less than the price at which they were bought.

This kind of behavior repeats at every market peak, as greed usually dominates the human behaviour during this period.

In a bear market bottom, investors tend to behave as if the market would continue to fall forever. Existing investors tend to sell stocks at less than their value, as they fear that the stock prices could fall further because the supply of the shares is more than the demand. New investors tend to wait further as they anticipate buying stocks at cheaper prices. 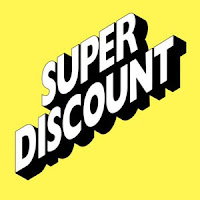 The fact remains that equity has been one of the most attractive long-term investment avenues. Though
in the short to medium term it is usually quite volatile, the longer the time frame of the investor, the lesser
is the chance of the downside risk in equities, if invested in quality stocks, especially in a bear market when the valuations are attractive.

What do successful investors do? They usually tend to buy quality stocks in a discount sale and sell in an auction.

Tomorrow we will discuss about buyback of shares. Until then let us know how you feel about our tips and articles.
Posted by zenmoney at 9:36 PM

Promote Your Page Too